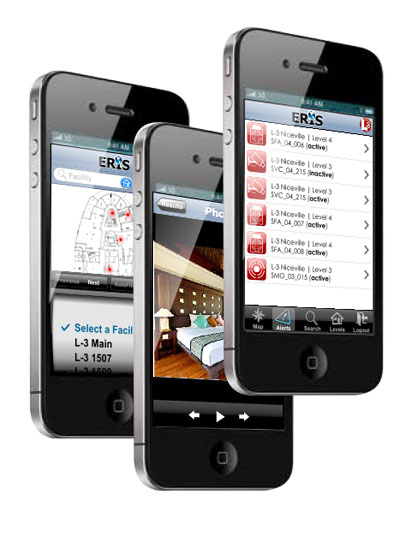 The management team is comprised of two components; the Executive Leadership Team (Dean Kershaw) and the Managing Members (Joseph Boggs, Paul I. Latta, and Arthur D. Ebersberger).  The members of the Executive Leadership Team have known each other for over 17 years and have worked together professionally for over 13 years.  Combined, they have over 80 years professional leadership experience with organizations ranging from start up ventures to a company with over $2B market cap; including approximately 50 years in the technology industry.  The Managing members have worked together on ERIS, and other projects, for over 10 years and have worked in overlapping career fields for most of their professional lives.

Dean has over thirty years of executive leadership and management experience dealing with a broad range of engineering and information management challenges, with demonstrated strengths in large program management and internet-based information systems. He is the Founding Partner of Kershaw Global LLC, an enterprise program management consultancy. Dean’s first career spanned 29 years of active duty military service in the U.S. Army Corps of Engineers. He retired as a colonel in 1999 as the Deputy Commander of the Corps’ South Atlantic Division. His second career in industry included serving as the President of Titan Facilities Inc., the engineering and construction subsidiary of the Titan Corporation (later acquired by L-3 Communications). More recently he served as Vice President for International Enterprise Solutions for L-3 National Security Solutions where he oversaw the development of the ERIS software solution for ERIS Technologies LLC. Dean is a graduate of the Virginia Military Institute with a BS in Civil Engineering and holds a Masters in Engineering Management from the George Washington University.


Joseph Boggs
Joseph A. Boggs, FAIA, Co-Founder, a veteran of the architecture field for the past 40 years. Mr. Boggs has developed a reputation for artistic originality and design excellence in architecture. His 40-year career spans the commercial office, retail, hospitality, interiors, and residential arenas. He has effectively led Architecture firms since 1983. Mr. Boggs is a graduate of Virginia Polytechnic Institute & State University with a Master of Architecture from Harvard University Graduate School of Design. The diversity of his work has been the subject of lectures at several universities and he was the G.T. Ward visiting professor at Virginia Polytechnic Institute & State University. He has won numerous awards and has been published in national and international publications, as well as being elected to the College of Fellows of the American Institute of Architects in 1995. Mr. Boggs employs a team of highly skilled and experienced construction, design, and technology industry professionals to develop technology solutions. Mr. Boggs and this highly qualified team recognize that these industries, traditionally very fragmented and slow to adopt new technology, could benefit enormously from utilizing the speed, breadth, and cost efficiencies of integrated technologies.


Paul I. Latta
Paul I. Latta, Jr., is the former Senior Vice President and Director of Retail Properties for The Rouse Company, one of the largest publicly held real estate development and management companies in the United States. Mr. Latta served The Rouse Company for 30 years in various management capacities. Prior to joining The Rouse Company, Mr. Latta was a director of U. S. Foodservice, the 2nd largest foodservice distributor in the United States. Mr. Latta is a graduate of Indiana University of Pennsylvania. Currently, Mr. Latta is also serving on the Board of Directors for Howard Bank in Columbia, MD.


Arthur D. Ebersberger
Arthur Ebersberger is currently a Senior Vice President with CBIZ Insurance Services, Inc., based out of Columbia MD. He is a specialist in Professional Liability coverage for Design Firms, CPAs and Lawyers.

Prior to the current position, Arthur had a large independent insurance agency in Severna Park, MD, and it covered three states and the District of Columbia.
Arthur is held a number of Chairman positions on Boards such as the Anne Arundel Health Systems, the Anne Arundel Community College, the Maryland Chamber of Commerce, the Anne Arundel County Executive’s Task Force for Fiscal Review, and the Anne Arundel County Committee on Adequacy of School Facilities. He has been recognized by his community as Business Leader of the Year and by inducted into the Business Hall of Fame.

Arthur has a BS from Susquehanna University and a MBA from Loyola College. He resides in Severna Park, MD with his wife, Judy.